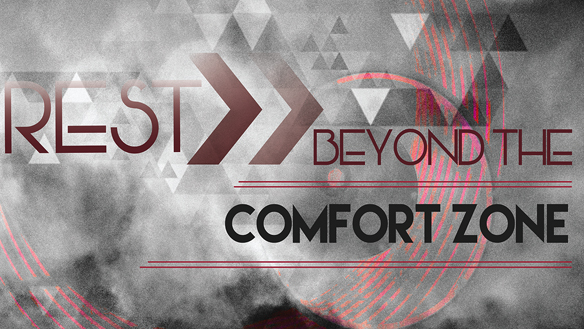 There is rest in God’s calling, not in my agenda. When we think of rest some people might confuse this with lack of pursuit and settling for what is easy. This would be completely wrong. Rest is about being content in God’s will and purpose for your life, it’s not about being lazy and doing nothing.

The story of the Tower of Babel teaches that there is danger of settling. There is a difference between settling and contentment.

God calls us to be content, but that only comes when we are in the middle of God’s will.
The sin of the people at Babel was disobeying God. God had commanded them to go and fill the earth (see Gen 8:17 and 9:1). The people, however, chose to settle. They settled in one place but, more importantly, they settled for less than God’s best. God had an eternal plan for them, but they chose to stop and build a tower.

Hebrews 12:6-7 lets us know that God disciplines us because He loves us and wants the best for each of us. Discipline isn’t punishment as much as a tool God uses to move us in a different direction. God disciplined the Tower of Babel builders, and He will discipline us to get us where we should be. We will never be truly satisfied if we aren’t heeding God’s calling.

1. Settling is an insult to God. God has a perfect plan, and if we don’t follow Him where He leads, we are in essence telling Him our way is better.

2. Settling gives a false promise of rest. When God is telling you to do something, you will be dissatisfied with life if you choose to disobey.

3. Settling is an invitation for hard lessons. When the Tower builders chose their own way, they were declaring their independence from God. God loved them so much that He had to teach them that they were really dependent on Him. God is willing to make us uncomfortable to get us to follow His will.

• Is there anything God has called you to that you have ignored? What were the results?

• How have you been blessed by obeying God’s call?

• How can you know what God is calling you to do?

• How can you tell when someone is doing exactly what God has called them to do?