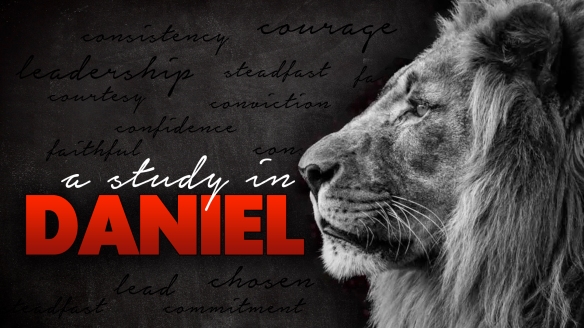 In this passage of scripture, we take a look at quite possibly the most well known story of Daniel’s life. The story of Daniel in chapter 6 is normally told as an account of his time in the lion’s den, but it is really a story about answered prayer. As we study this passage, we are able to learn from four elements of Daniels prayer life.

1. Daniel Had a Plan for Prayer
According to verse 10, Daniel was intentionally and purposefully falling to his knees before the Lord 3 times per day. We can learn from Daniel that practicing discipline in our prayer lives is essential.

2. Daniel Had a Place for Prayer
Daniel was not only purposeful about when he prayed, but also where he prayed. He chose a location where he could fully devote his focus to God, free from distraction.

3. Daniel Had a Posture of Prayer
Daniel physically got down on his knees to pray. This was a humble act of submission and worship. In the same way, we should approach the Father with a heart of humility and submission.

4. Daniel Demonstrated Persistence in Prayer
Daniel took his prayer life seriously. In fact, he took it so seriously that he was willing to be thrown into a lion’s den before he would stop. He allowed nothing to keep him from prayer.

• Which of these areas of prayer are you strongest in? Which area needs to see the most growth?

• Describe a time when you were persistent in prayer and later were able to see the work God had been doing behind the scenes all along.

• Daniel was willing to risk his life for the sake of prayer. How valuable is prayer to you? Why is it valuable to you?